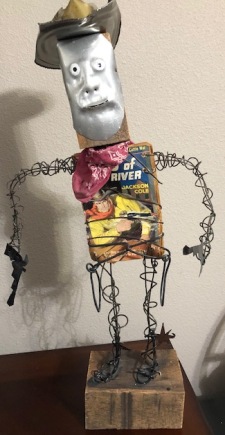 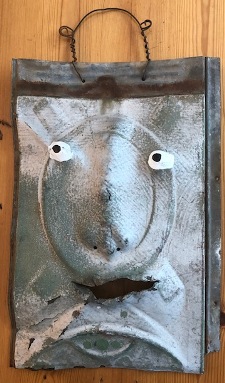 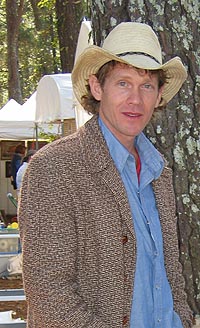 Alabama folk artist Butch Anthony was born in 1963. This shy, quietly humorous artist lives and works in remote Seale, Alabama. Although he has been drawing since the 70’s, his real interest in painting began in the winter of 1994. Whether he uses canvas or found objects such as tin, wire, doors and lids, he expresses in his paintings and sculptures a uniquely humorous take on life, death, money and women. His works are displayed permanently in the Columbus Museum, Columbus, Georgia and were part of the exhibition “In Our Own Backyard: The Folk Art and Expressions of the Chattahoochee Valley”. Butch is also featured in various publications including “Rare Visions & Roadside Revelations”, by Mason, Murphy and Mayberger, 2002. Most recently, Butch and his Museum of Wonder was featured in the television show "Pickers".