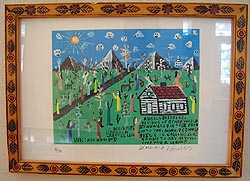 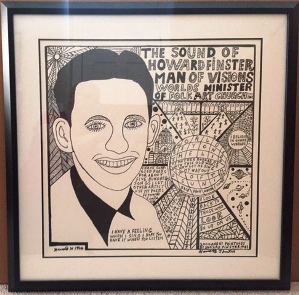 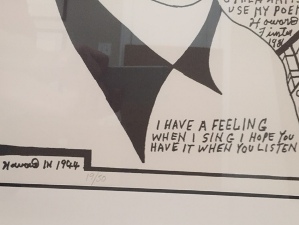 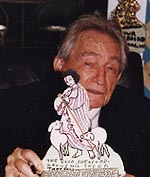 Reverend Howard Finster, one of the world’s most renown visionary folk artists was born December, 2, 1916 in Valley Head, Alabama. Much has been written about this legendary visionary artist whose first vision occurred at age three. Turn to any reference book on folk art, including the “Museum of American Folk Art Encyclopedia of Twentieth-Century American Folk Art and Artists” by Rosenak and his life is chronicled there. Visionary artist, preacher, creator of “Paradise Gardens” Rev. Finster embarked on his personal, lifelong quest to cut, paint and draw as much sacred biblical art as humanly possible. He meticulously chronicled each piece of his art - signing, numbering and dating each as it was completed. His journey sadly ended with his death on October 23, 2001. Rev. Finster’s colorful, intricate paintings, cut-outs with bible passages or current events and writings are shown and collected world wide.

Some Permanent Collections include: