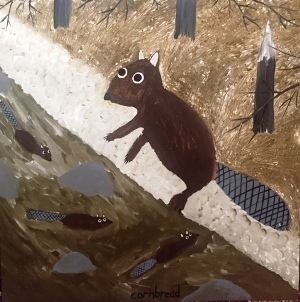 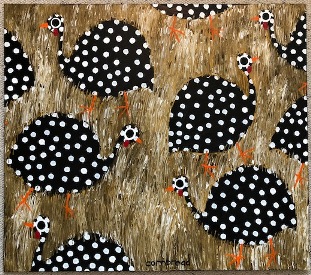 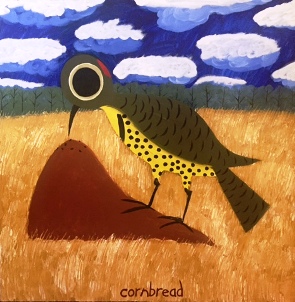 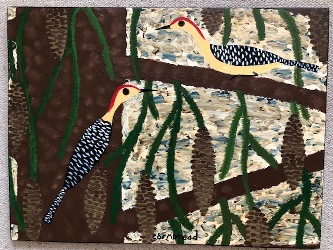 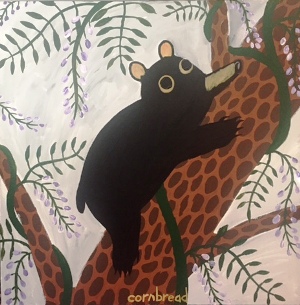 Bear up a pine in the wisteria 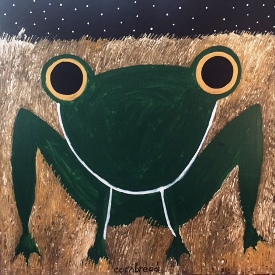 Crow in a Maple BLUEBIRD IN A DOGWOOD 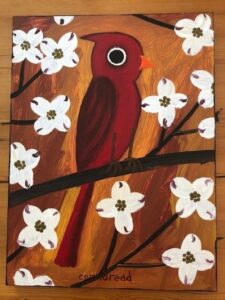 CARDINAL IN A DOGWOOD COON ON A FULL MOON The wahoo is a spindle tree bloom. 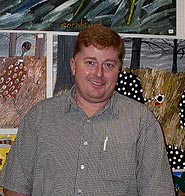 John "Cornbread" Anderson is a self taught Georgia folk artist who skillfully renders the birds, quail, guineas, raccoons, deer, rabbits, dogs, foxes and many other animals of his home state in their native habitat and brings them to life in his bold, acrylic folk art paintings. While Cornbread had no early interest in painting, in 1995 he began to render his lively, energetic works that evoke his childhood experiences and early memories as well as his present day continuing interest in these same creatures. John "Cornbread" Anderson, a true Southern gentleman, has emerged as a popular folk artist and his work is actively being added to private and corporate collections worldwide. 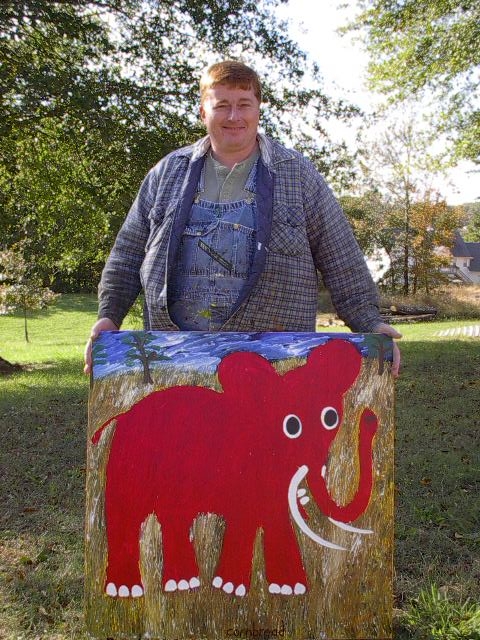