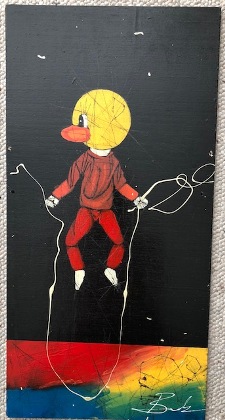 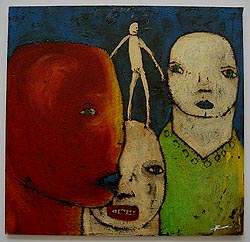 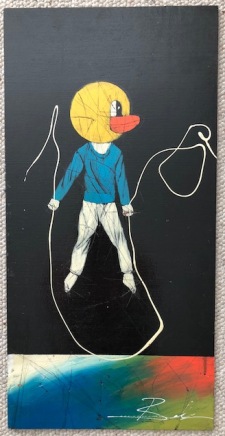 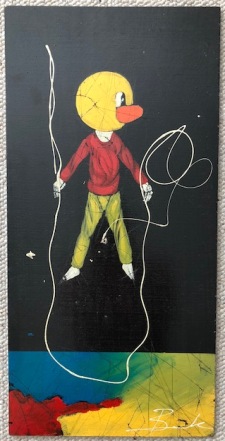 Holding on by a Thread 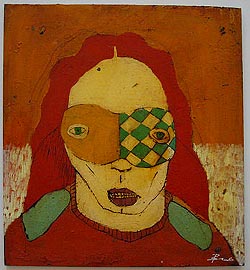 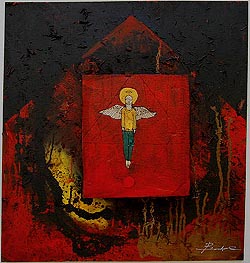 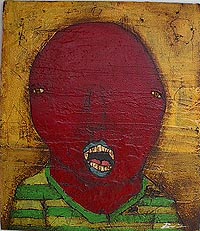 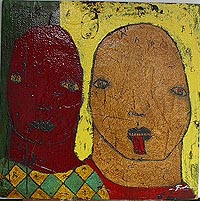 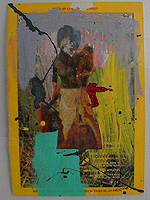 7" x 10"
acrylic on paper
laminated by the artist 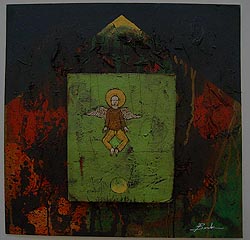 Michael Banks, southern folk artist working in tar art, was born in 1972 and raised by his mother in northern Alabama. From a very early age Michael showed considerable artistic talent, drawing and painting with whatever materials he could find. Blossoming under his mother’s encouragement to persevere and use his talent to do great things, Michael painted and created until 1992 when his mother died. Grief stricken, he would stop painting completely for five years, but ultimately the memory of his mother’s encouragement would bring Michael through those long years of depression and in 1997 he began to paint again and heal in the process. Michael works very quickly, often with his fingers, within a lively color palette, continually developing his abstract and expressionistic style.