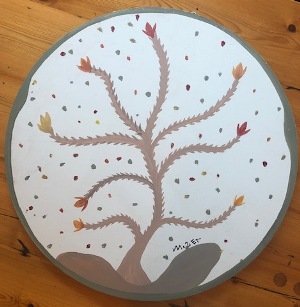 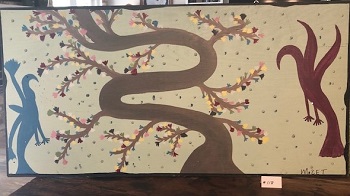 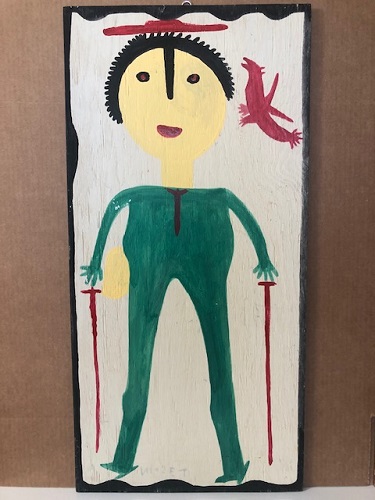 Self Portrait with Bird 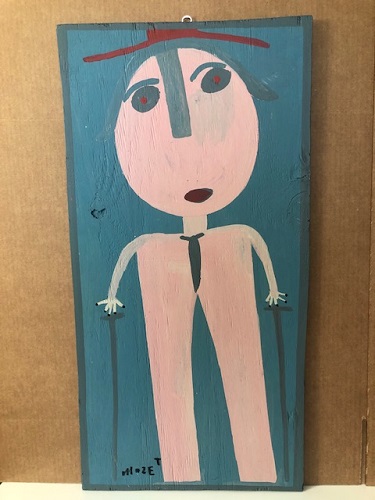 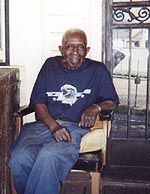 Mose Tolliver, one of the elder statesmen of folk art, was born July 4, 1915 (to 1920 - the exact date and year are in question) in Pike Road community near Pintala, Alabama. Mose T, as he has become known, moved to Montgomery as a teenager soon after his father died and worked there for many years as a gardener, farmer, and house painter before an accident in the late 1960’s left him with crushed legs and precipitated a period of drunken depression. Encouraged by a former employer to take up painting, Mose T picked up a paintbrush, found his calling and the world of folk art was forever enriched. A self taught artist, Mose began to paint in his trademark palette of housepaint, compulsively creating his own unique paintings of birds, snakes, flowers and tree forms - later adding people and other animals. Since the early 1980’s his works have been widely exhibited in many folk art galleries and museums and have been increasingly collected over the years. Mose Tolliver is recognized today as one of the most important folk artists in the nation.