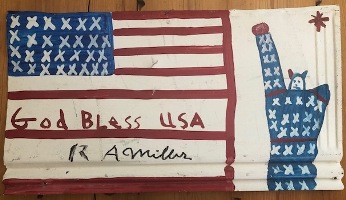 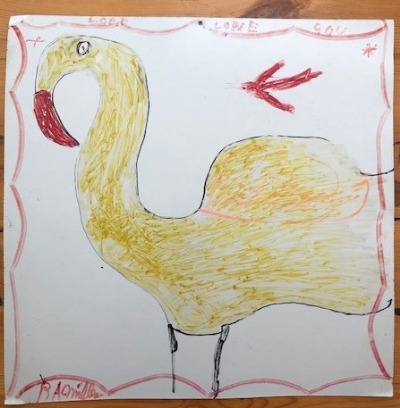 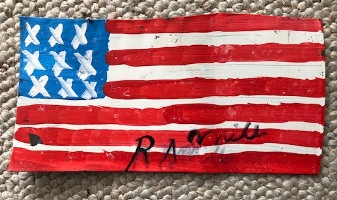 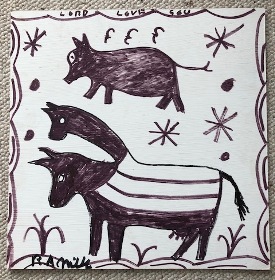 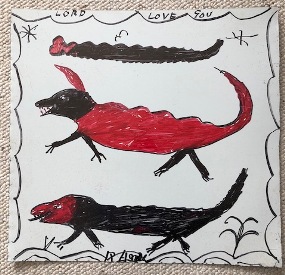 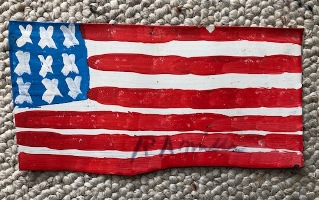 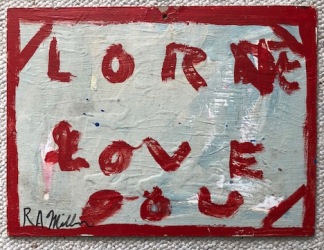 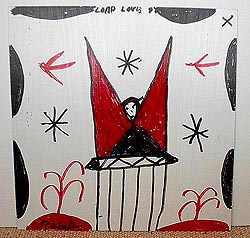 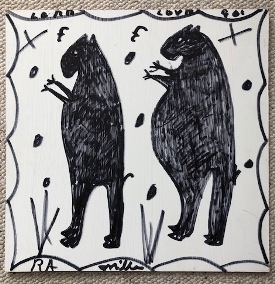 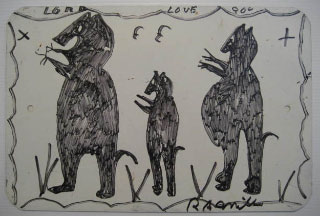 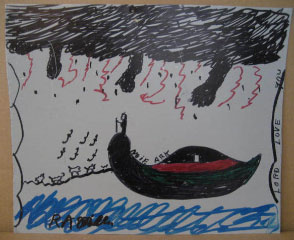 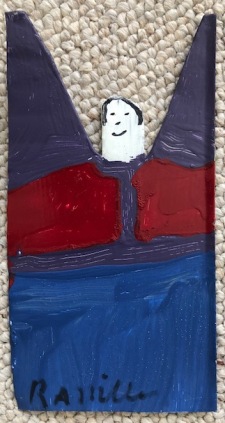 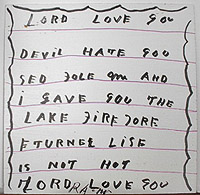 The youngest of eight children, R. A. Miller's father was shot and killed over a road dispute shortly before his birth. Starting work at a local cotton mill at the early age of twelve, he would walk to work at this same job for the next twenty years. Finding religion as a young man, Miller preached in tent revival meetings in Georgia.
Upon retirement, he began making whirligigs like he did in his youth. He used found materials discarded by others such as old bicycle parts, tin house siding and other scraps to create unique and eclectic objects including the cut-out tin animals for which he is best known.

R. A. Miller's work is highly collected and he is considered one of the "elder" statesman of Folk Art. His work has been featured in REM music videos as well as the following museums: